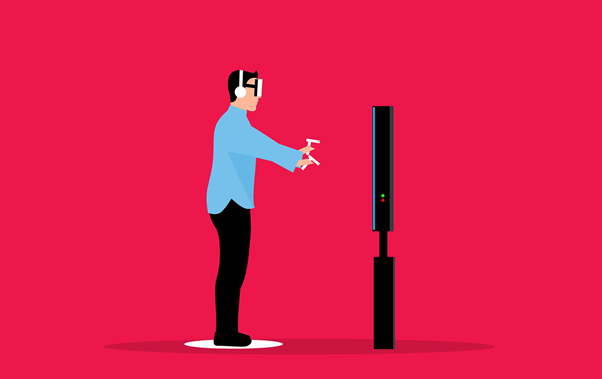 The Future of Virtual Reality in Esports

Description: Is eSport a real sport? Competition and money in big esport. Virtual reality in esport boosts the sensations of athletes but what are the obstacles for mass implementation? Parents don’t need to worry if you spent too much time playing cybersports.

The Controversial Phenomenon of eSports

There is no doubt about the fact that Chess is a sport. So why does e-sport still have a controversial association with sports?

Many parents worry that their children spend a lot of time exposed to computers. They have no idea that their offsprings don’t just coach potatoeing in a chair, but are having the best time of their lives. Perhaps with the prospect of further growth, even.

Generally speaking, those who are older often forbid their next generations to do something they didn’t do or don’t understand themselves. The older ones are worried that computers will do to us what television has already done to them.

You have to distinguish between two things: eSports and the gaming industry. ESport is content that can be consumed with the word “watch”, it has a competitive spirit, people cheer for the participants, analyze the successes and failures, and even make bets.

In simple words, you can add any eSports event to the soccer, hockey, golf, or figure skating competition you watch on TV. Even though the battlefield is virtual, the range of emotions one gets is real. The pain of defeat is real, the joy of victory is real, and so is the real money from a successfully made bet.

Virtual Reality has not become a gamechanger for cybersports, of course, but it has definitely expanded its boundaries and quality.

Moreover, virtual reality hardware has freed the player’s hands and made them more agile, which is important in this kind of activity. The players’ mobility may contribute to the inclusion of eSports in the list of official sports and competitions in the future.

Like many sports, eSports players need equipment. In addition to desktop computers, the following gadgets and IoT streaming possibilities are required:

In addition to gadgets, an eSport athlete needs a place where one can fully devote oneself to the activity. A comfortable area will be needed because players sit for 8 to 12 hours a day.

What is the Future of VR in eSports

Even though virtual reality is still in its infancy, it has already found its application in the area of eSports. And if so far this is just an enhanced experience for those who can afford it, we hope that in the future VR software development will become a loophole, thanks to which people with disabilities or mental difficulties will also come to the sport.

Obstacles on the Way

The most important obstacle for the development of eSports in virtual reality is its narrowness and expensive cost. Not everyone can afford to buy a costly headset for playing in virtual reality. This applies both to the eSports players and their fans. You will have to put out $400 to $500 just for the headset, to begin with.

Then you will need an expensive gaming computer or console, which also costs over $ 500.

Also, note that the main age range of players and fans are teenagers and young people who are just taking their first steps towards financial success in this area. This is why there are so few people making their way into this niche.

Virtual reality also limits the number of people involved in the event. So while a desktop computer, tablet, or even a smartphone is enough for regular streaming, not everyone will get access to Virtual Reality because of the high cost of a headset, without which it is impossible to immerse yourself in the process.

We have already realized that eSports is no longer just fun for the boys in front of the computer. It’s a big and serious phenomenon. It attracts more and more attention each year. Along with the attention come the crowds, the fans, and the big money.

Virtual reality is a niche product that is very expensive on its own. It definitely benefits eSports athletes. Thanks to VR, they can move during the game. And in general, the range of feelings and emotions when using virtual reality during a cyber game is on many levels higher.

However, developers should think twice if they want to implement VR in this type of activity. Whereas, the bandwidth of players and viewers needs to be thought about. Cut the cost of equipment or introduce it to the masses in another way.