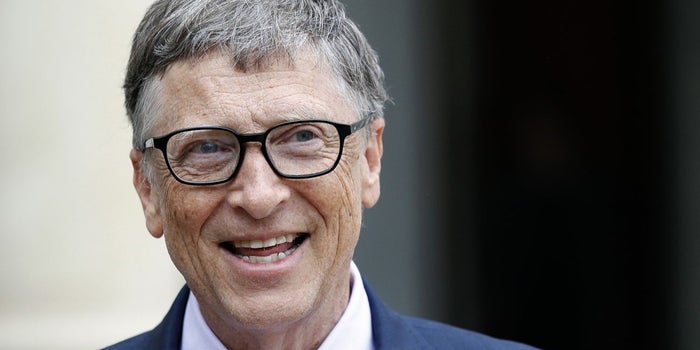 One of Bill Gates’ favorite infographics.MAX ROSER, OUR WORLD IN DATA

The story of progress is complicated and that’s why Bill Gates is always looking for a better way to communicate it. Recently, Gates shared an infographic that tells the story simply, clearly and visually.

Gates is part of a group of thinkers, authors, statisticians and historians who attempt to explain why today is the greatest time to be alive in all of human history. While the data clearly supports their argument, a host of psychological barriers makes it difficult to get the news across.

One of those psychological barriers is what Nobel Prize-winning economist, Daniel Kahneman, called availability bias. In short, what we see or read every day skews our perspective. And since ‘bad is stronger than good’—we pay more attention to threats than positive news—the threatening news passes more easily through our mental filters. In survey after survey, most people don’t know how much progress we’ve made in the last 20, 50, 100 and 200 years simply due to the fact that they don’t see it every day.

University of Oxford economist Max Roser runs Our World in Data, a website dedicated to capturing the story of human progress in the form of visualizations. The site now has more than 2,300 interactive charts that measure nearly every aspect of human well-being. Roser created an infographic that Bill Gates recently shared on his Twitter profile and talked about publicly on CNBC. “This is one of my favorite infographics,” Gates said. “A lot of people underestimate just how much life has improved over the last two centuries.”

I contacted Roser who gave me permission to display the graphic in this column. It’s more impactful than a typical chart because, according to Roser, it captures humanity’s progress in a context that most of us find relatable–people, not percentages. Max Roser believes that the key to communicating data is to remember that “each datapoint is an entire human life.”

Roser’s infographic doesn’t use abstract percentages such as “extreme poverty has declined by more than 90% over 200 years.” Nor does it rely on numbers that are so large it would be difficult to wrap our head around them. Instead, Roser puts people in the spreadsheet, breaking down progress per 100 people who have lived on Earth for the last 200 years.

One of Bill Gates’ favorite infographics.MAX ROSER, OUR WORLD IN DATA

If you read the the original research on which the infographic is based, you’ll find that it requires about 4,000 words to explain. One look at the infographic and you can get the gist of it in under a minute.

When you deliver complex information in a presentation, website or social media, keep in mind that people are visual learners for the most part. Photos, graphics and animations are much more powerful than text alone.

Vision is the most powerful sense. In the evolution of our species, we started communicating with pictures on cave walls long before we began to form words and language. Today, we still find it difficult to internalize abstract concepts in text form or to understand very large data points. A simple visualization speaks volumes, literally.

This infographic works because it tells the stories of real human lives behind the data. It’s a hard feat to accomplish and Bill Gates knows it. That’s why he shared it. It’s a story that brings hope and inspires people to keep making progress for the good of every person on the planet.